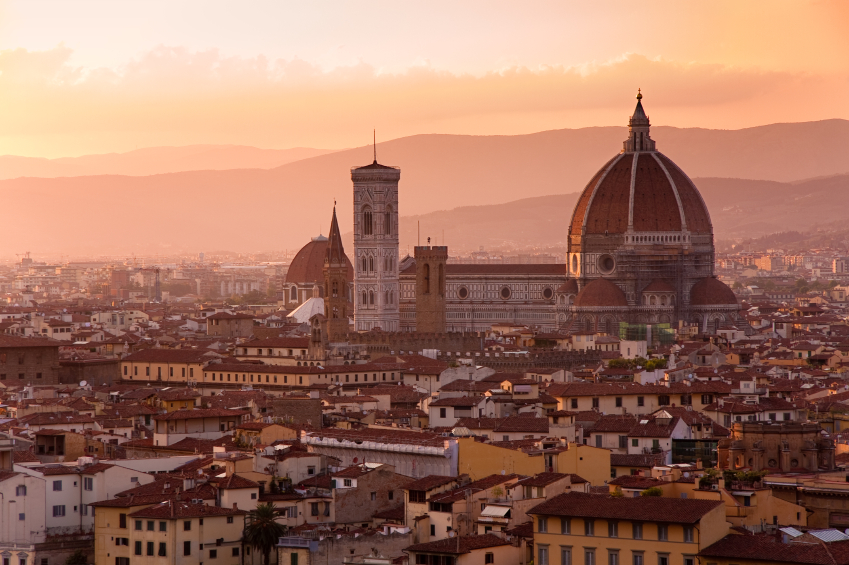 Italy’s architectural jewel, Florence remains one of the most beautiful cities in the world. Add these five attractions to your Florence itinerary, and discover the masterpieces of some of the most admired artists of all time without ever stepping foot into a crowded museum or gallery. 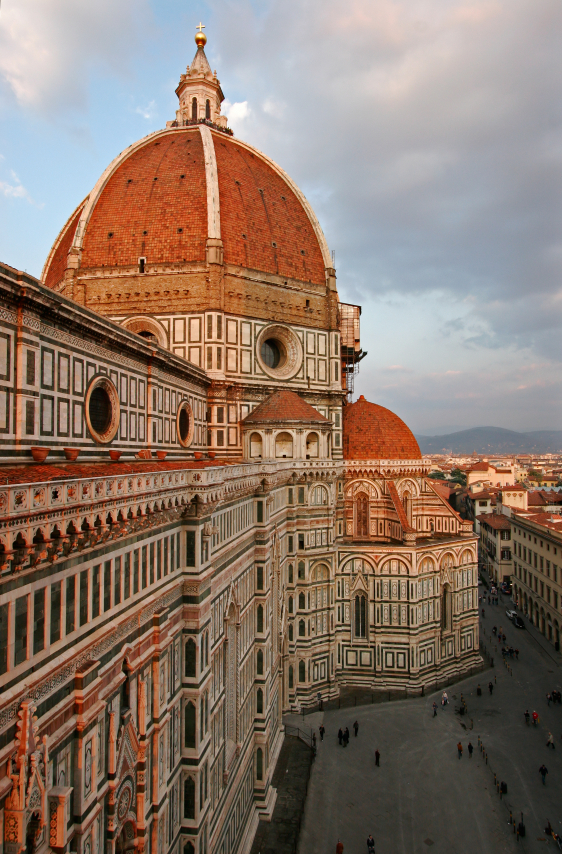 The symbol of Florence and its main church, the Cathedral of Santa Maria del Fiore remains best known for boasting the largest brick dome ever constructed. Engineered by Filippo Brunelleschi, one of the greatest names of the Italian Renaissance, the impressive dome crowns one of the biggest Gothic cathedrals in the world. Brunelleschi won the commission for the dome only after a fierce battle with Ghiberti, a celebrated goldsmith and sculptor. His innovative 4 million-brick dome and machines used to build it served as an inspiration to young Leonardo da Vinci, who helped create the bronze ball atop the structure’s lantern. If you have time to spare on your cathedral tour, climb the 464 steps to the top. 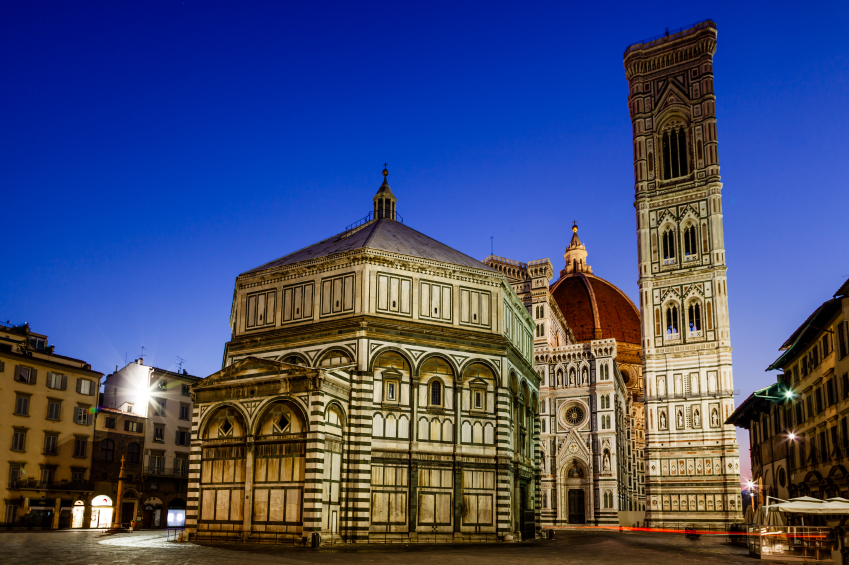 One of the oldest structures in the city, the Baptistry is over nine centuries old, erected between 1159 and 1128. Famed for its domed ceiling decorated with detailed mosaics, the building stands on top of another, much older structure rumored to have been an ancient Roman temple dedicated to the god Mars. Most sightseers come to see the building’s famous doors, featuring panels depicting hope, faith, charity, humility, fortitude, temperance, justice, and prudence. The bronze images on the eastern doors, masterpieces by artists Andrea Pisano and Lorenzo Ghiberti, so moved their famed colleague Michelangelo that he reportedly christened them the “Gates of Paradise.”

Round off your visit to the famous Duomo and the Baptistry with a sightseeing tour of Giotto’s Bell Tower, another standout structure in the city’s World Heritage-listed town center. Located on Piazza del Duomo, one of Italy’s most-visited tourist attractions, the 14th-century tower is almost 90 m (280 ft) tall. Designed by and named after one of the city’s best-known Renaissance artists, the tower represents a masterpiece of Gothic architecture, featuring seven bells and ornate exterior styling. You can enjoy the tower reliefs, statues, and carved panels from the ground, but for a bird’s-eye view of the square below, climb up the structure’s narrow staircase. 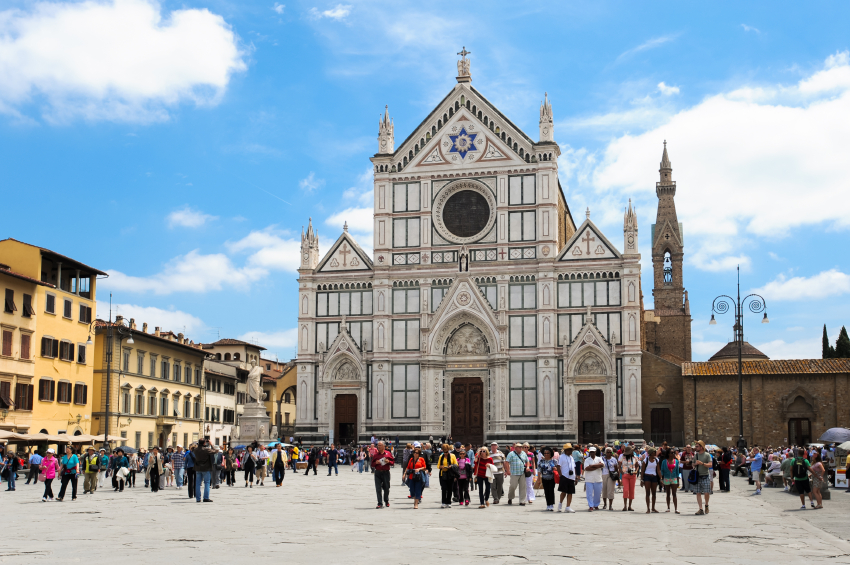 Basilica di Santa Croce serves as Florence’s largest Franciscan church, completed in 1385 and known for containing the tombs of some of the most illustrious names in Italian history. The final resting place of Michelangelo, Machiavelli, Rossini, and Galileo, the church features 16 frescoed chapels painted by Giotto and his pupils. The building’s floor plan follows the figure of the Tau cross (the shape of the letter T), the symbol of St. Francis. Designed in the austere style favored by the Franciscan order, the church also contains a simple yet elegant chapel designed by Filippo Brunelleschi.

Most of the principal members of the Medici family lie entombed in the Basilica di San Lorenzo, one of the city’s oldest churches. Though consecrated in 393, when it stood outside city walls, most of the current structure dates to the 15th century and represents one of Italy’s finest examples of early Renaissance architecture. Just off the left transept is a sacristy designed by Brunelleschi, with decorative details by Donatello. Michelangelo, who designed the Medici tombs in the 16th century, worked on the unfinished facade and planned the attached library, world-famous for containing over 11,000 manuscripts and 4,500 printed books.

Despite the city’s large size, Florence sightseeing remains a pedestrian-friendly activity, and you can see most major architectural attractions by taking a walking tour of the old town. Discovering the city’s rich heritage does not require standing in long museum lines or exploring far-flung art galleries. To see notable works by some of the world’s greatest artists, put on a pair of comfortable shoes and take a leisurely stroll through Florence’s storied streets.

Tamara
Educated in Chicago and based in Serbia, Tamara travels with passion and believes that one written word can be worth at least a thousand pictures. When she's not conquering the world one blog post at a time, she likes to eat pizza and take long naps--preferably at the same time.