Munich may be thought of as a city of laptops and lederhosen, but a tour of its parks and gardens quickly proves there’s much more to Bavaria’s capital. The following things to do in Munich combine history with natural beauty, offering you an ideal way to discover the green side of the city. 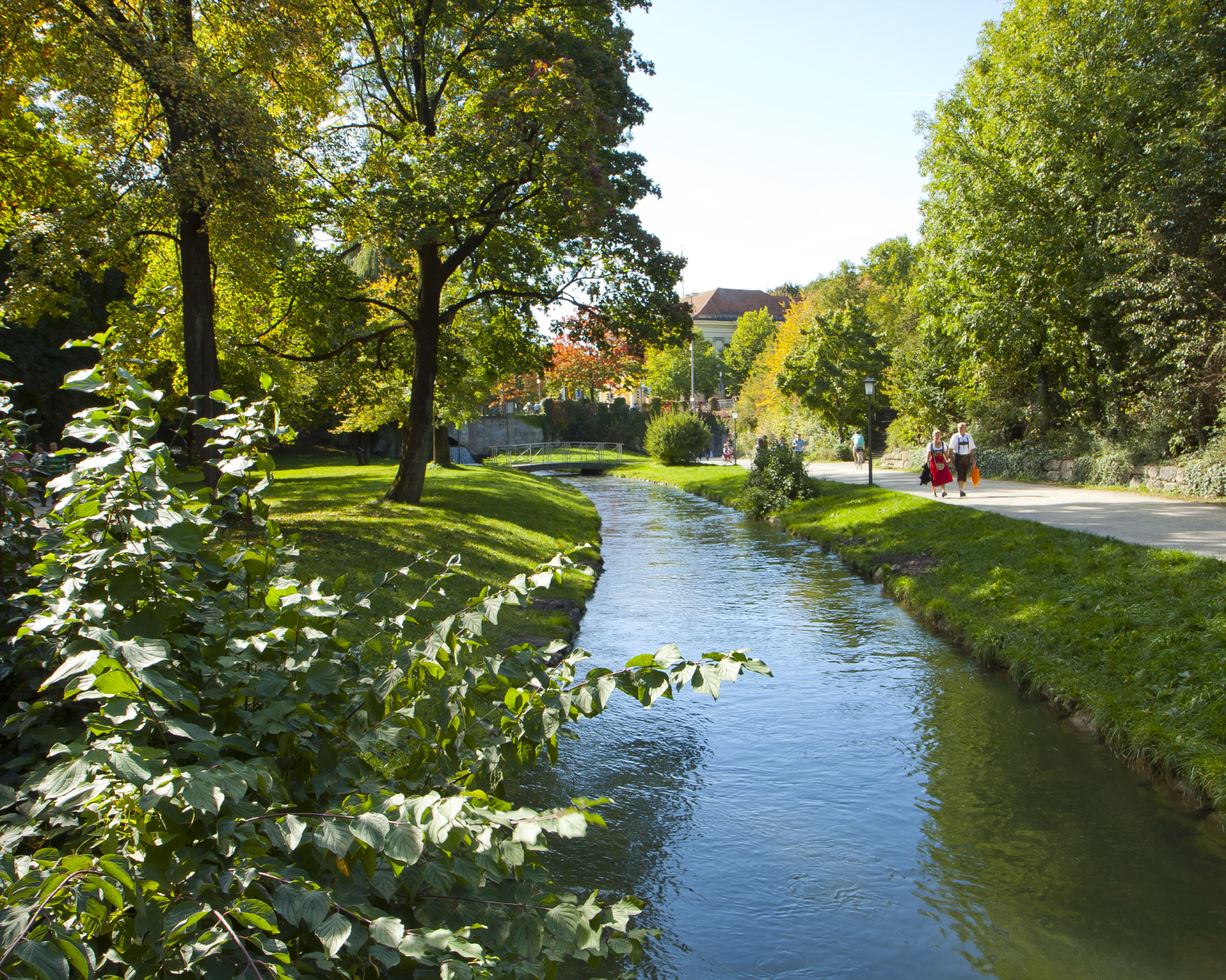 A standout among Munich’s attractions, the sprawling English Garden is one of the largest public parks in the world. Covering a vast area of over 370 hectares (910 acres), the grounds stretch from the city center all the way to its northeastern limits. Created in the 1780s by famed inventor Benjamin Thompson, the park originally covered a much smaller area but over time expanded along with the city. Primarily landscaped according to the informal style of gardening popular in 18th-century Britain, the park also includes a number of more exotic elements, including teahouses, pavilions, pagodas, and temples. Explore the meadows and ponds dotting the gently rolling terrain, or take advantage of nearly 80 km (50 mi) of biking and hiking trails. 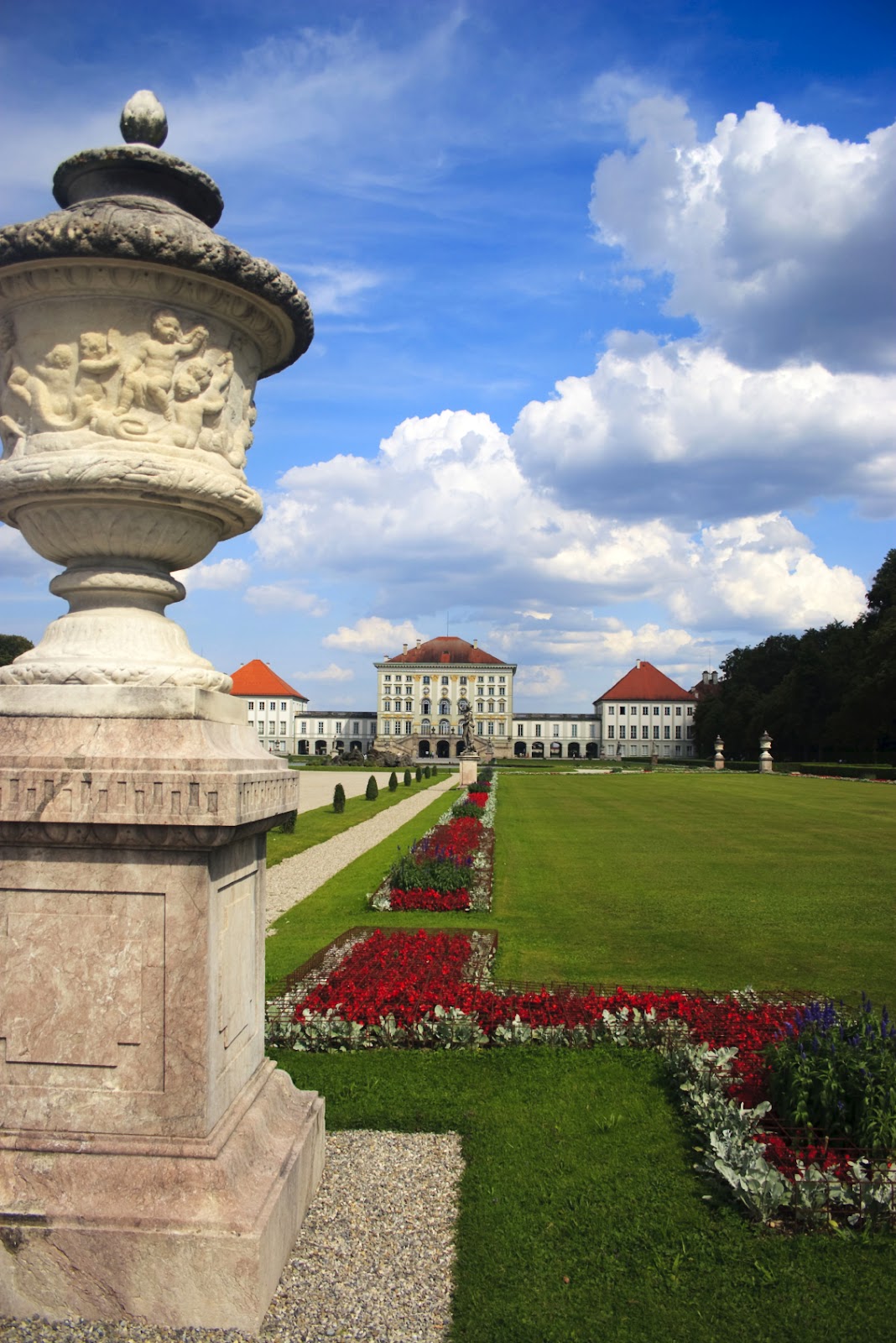 Although millions of visitors converge on Munich for its annual beer festival, few of them ever find their way to the garden oasis of Nymphenburg Palace. Designed by architect Agostino Barelli and completed in 1675, the majestic structure originally served as the summer retreat of Max Emanuel, the long-awaited heir to the Bavarian throne. The palace and surrounding gardens are open to the public and house several museums, so you can stroll through the site’s impeccably manicured areas and also learn something about German history. Try to find your way to the former royal stables, which house one of the largest collections of horse carriages in Europe. 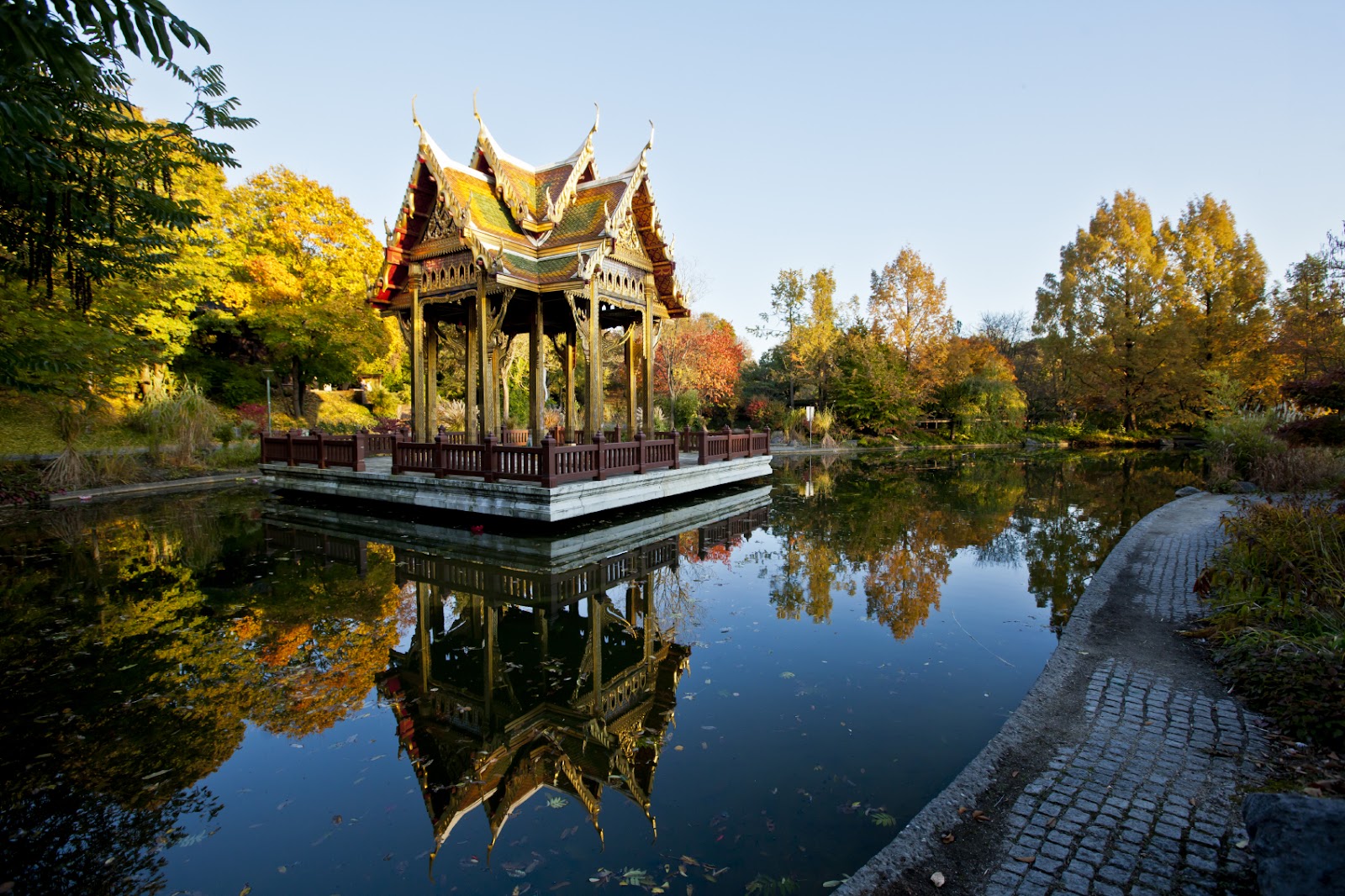 The perfect place for taking a long break from the bustle of the big city, Westpark is one of Munich’s newer green areas. Designed by landscape architect Peter Kluska for a 1983 international garden show, the park covers an area of about 70 hectares (180 acres). In addition to Chinese and Japanese gardens, the grounds also boast large sections dedicated to growing and displaying about 500 different rose species. Look for Thai pavilions and Nepalese pagodas, where you can rest your mind and body, or head to the park’s artificial lake to see impromptu competitions between model-boat enthusiasts. 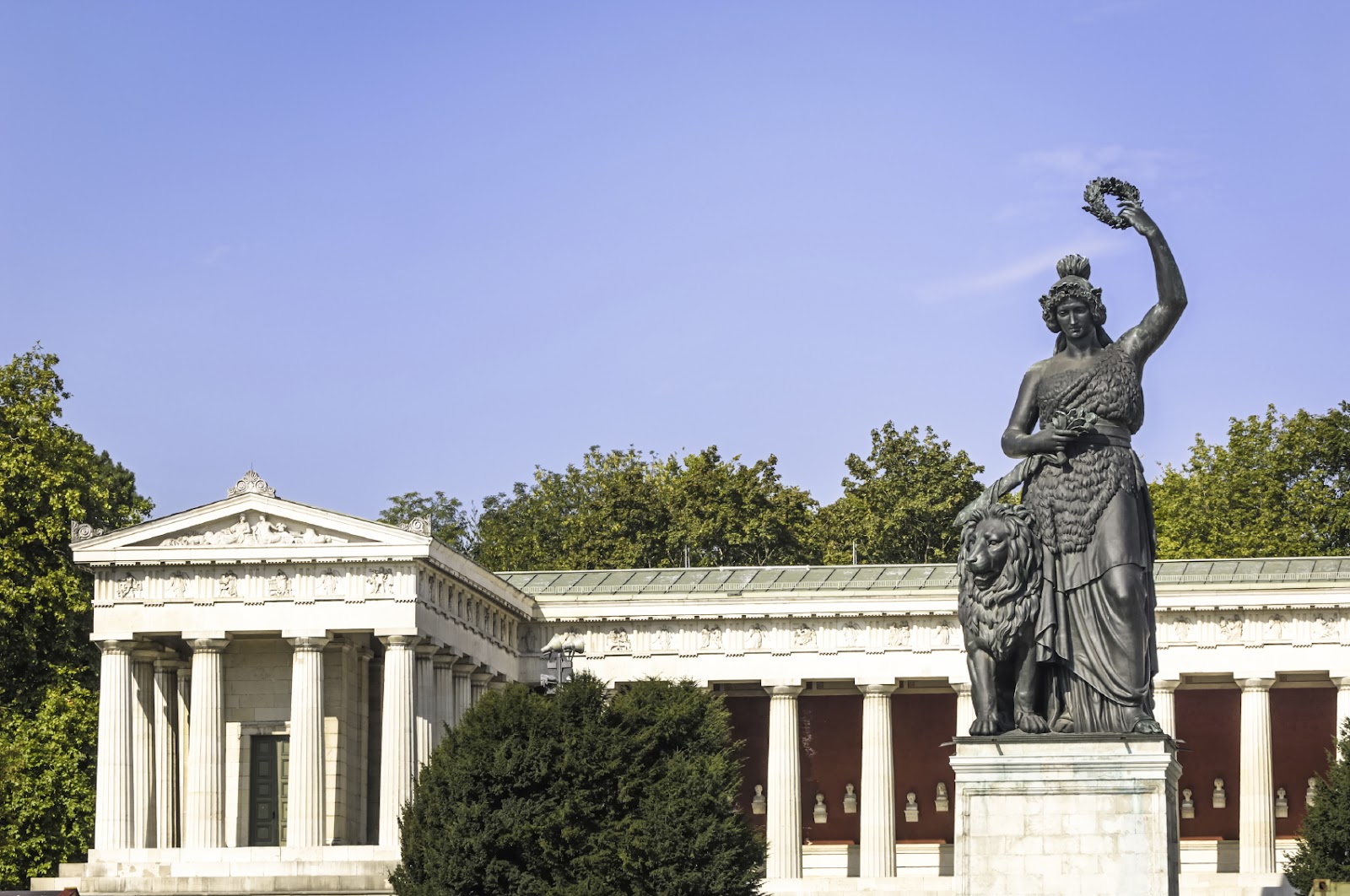 Munich’s two-week beer festival takes place in Theresienwiese, a place soaked in history and filled with major landmarks. If you were visiting in 1810, you would invariably end up at this 42 hectare (100 acre) site, where Princess Theresa and Prince Ludwig celebrated their wedding. Today, you can celebrate the world-famous Oktoberfest in the company of six million other visitors. If you come before or after the big event, you can take extra time to discover the park’s major features, which include a church dedicated to St. Paul and a statue symbolizing the state of Bavaria. 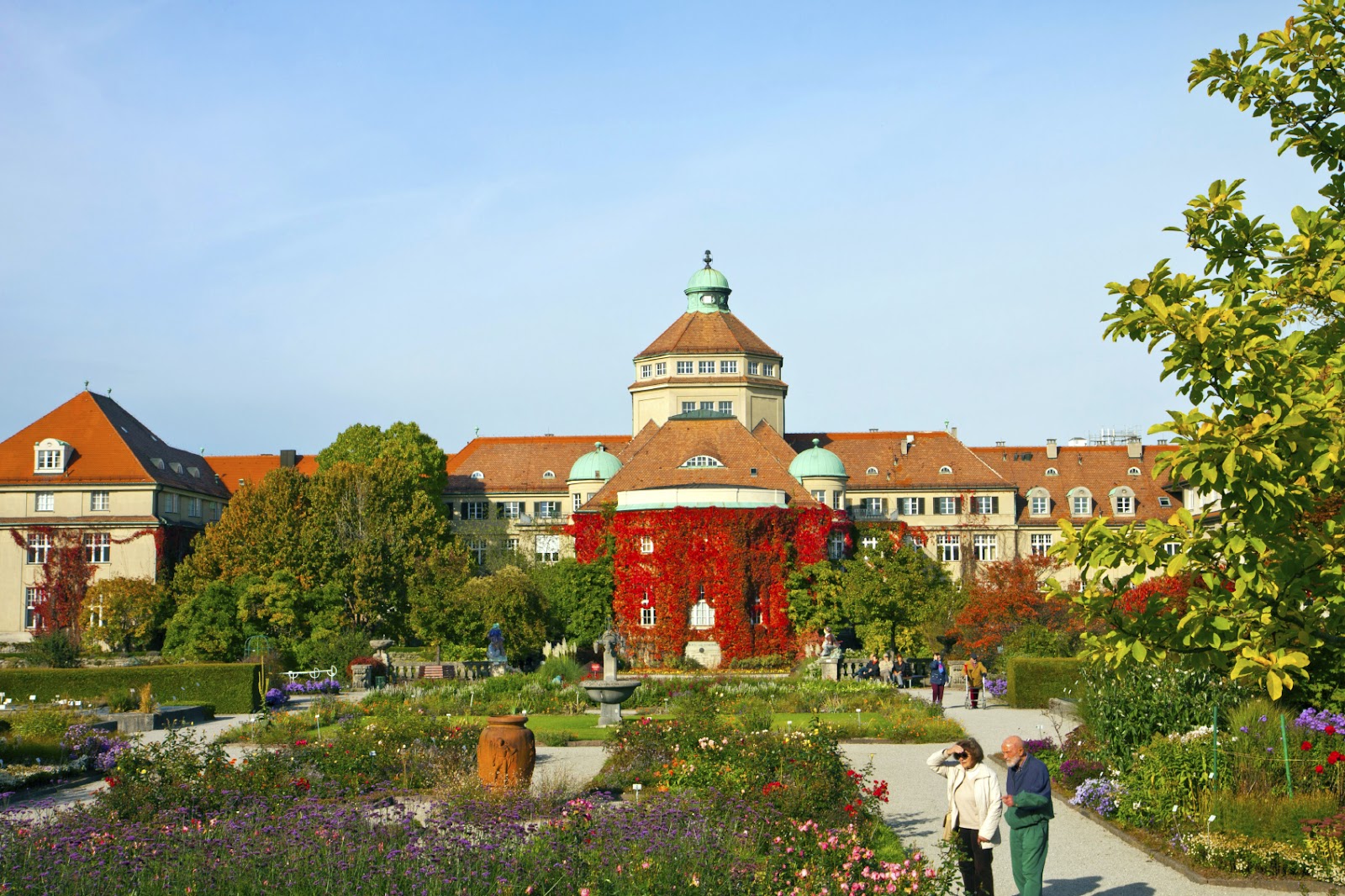 A pleasant green space where you can rest your weary feet after a long sightseeing tour, the Munich Botanic Garden boasts more than 14,000 species of plants spread over nearly 20 hectares (45 acres). Designed to educate the public and train students of a nearby university, the garden preserves many rare plants and bee species. An extensive greenhouse complex includes 11 rooms recreating different climatic conditions, ideal for growing bromeliads, cacti, succulents, cycads, and ferns. Don’t miss the renowned garden collection, which astoundingly includes over 2,700 different species. An island of greenery in the middle of a big city, the grounds also contain an ornamental courtyard and insect pavilion.

A breath of fresh air

There’s no better way to get the feel of a city than by exploring its parks and gardens. Though it serves as a modern business center of Germany, at its heart Munich remains a city of green spaces. To escape the crowds and get a breath of fresh air, pack a picnic and head to one of the city’s sprawling urban parks.